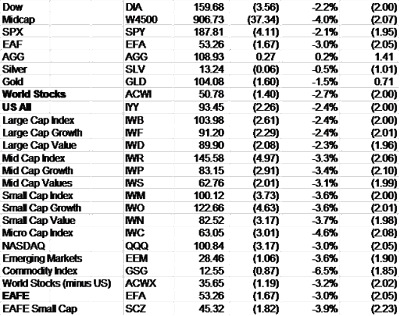 Markets across the globe continued selling off last week.  Even Gold and Silver failed to rally.  Only bonds managed gains so apparently, asset allocation is working! 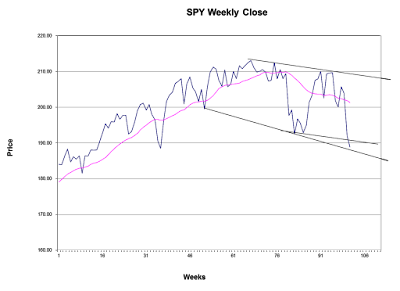 On the SPY weekly chart, while prices broke below the August lows, they continue to hold the lower trendline.  We shall see if they hold up.  The sudden move down though has caused the masses to quickly turn bearish.  Hard to gauge the implications.  I relish being in the minority so when I quickly find myself running with the pack, I need to stand back and reassess the situation.

There is little doubt though that the market is now trending down. 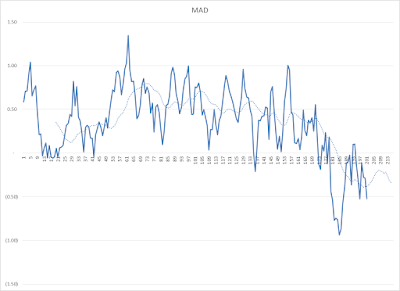 Currently momentum is at a very high level. 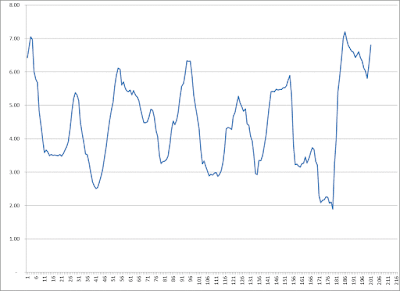 For awhile, Size was dropping from very high levels but this past week, Size surged as the move down was somewhat dramatic.  The rule remains, as Size increases, stay with the trend.

As mentioned in recent posts, I had been selling Iron Condors with SPY and TLT.  January options expired worthless on Friday and the third week in February is the next serial option date.  Almost all of the short puts remain out of the money however, I am holding some long Feb and March puts, just for insurance.

Due to the extreme bearish sentiment that took over the market so quickly, I'm expecting the market to hold around the current levels, but we might continue to experience extreme volatility.  I've been selling SPY call credit spreads on spikes up but it seems that I'm able to hold them for only a day or two as the market volatility quickly gives a handsome profit.

I've also found myself buying some calls, out to September and some June spreads.  I have been holding the forecast if the market can close, on the monthly basis, at the Sep lows, 191, then I believe that the market will rally to new highs.  Kind of a bold prediction with such calamity currently in the market. 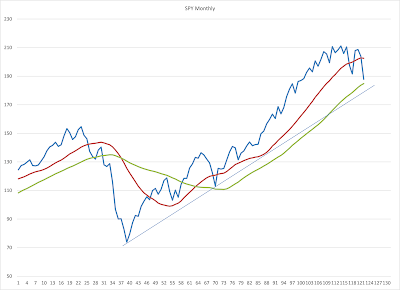 If we break the 191 level, there appears to be additional support below.  If we break through these support levels, SPY could drop as low as the 150 area.  With that in mind, I'll probably add additional cheap puts, like 175s, on any rally that appears to be failing.  But I'm not going to go crazy with it and most likely will be trading them, but keeping some in reserve, just in case the big one hits.

My gut tells me that the Fed or other Central Banks aren't quite finished yet and there will be something coming that will goose the market.  Maybe I'm just too shell shocked from recent years where whenever the market was ready to fall, there would be intervention and markets continued on to new highs.  Fool me once, shame on you, fool me twice, shame on me.  Fool me 10 times, I'll be prepared for no matter what.