There were some bright sides though.  Small and Micro Cap stocks gained, with the Micro Cap ETF (IWC) advancing 3.2% to 68.62

The Slow Stochastics indicator on both charts indicate that a bottom may be forming but further investigation shows that IWC merely rallied to it's 4 week moving average, and is likely to resume it's decline next week.

Despite a big rally from the bottom, which came in around 182 (and closed at 188.+), the weekly close chart still appears in free fall.  The 4 week average crossed the 10 week average.  This momentum increased this past week.

One way I measure this momentum is with my Size indicator. 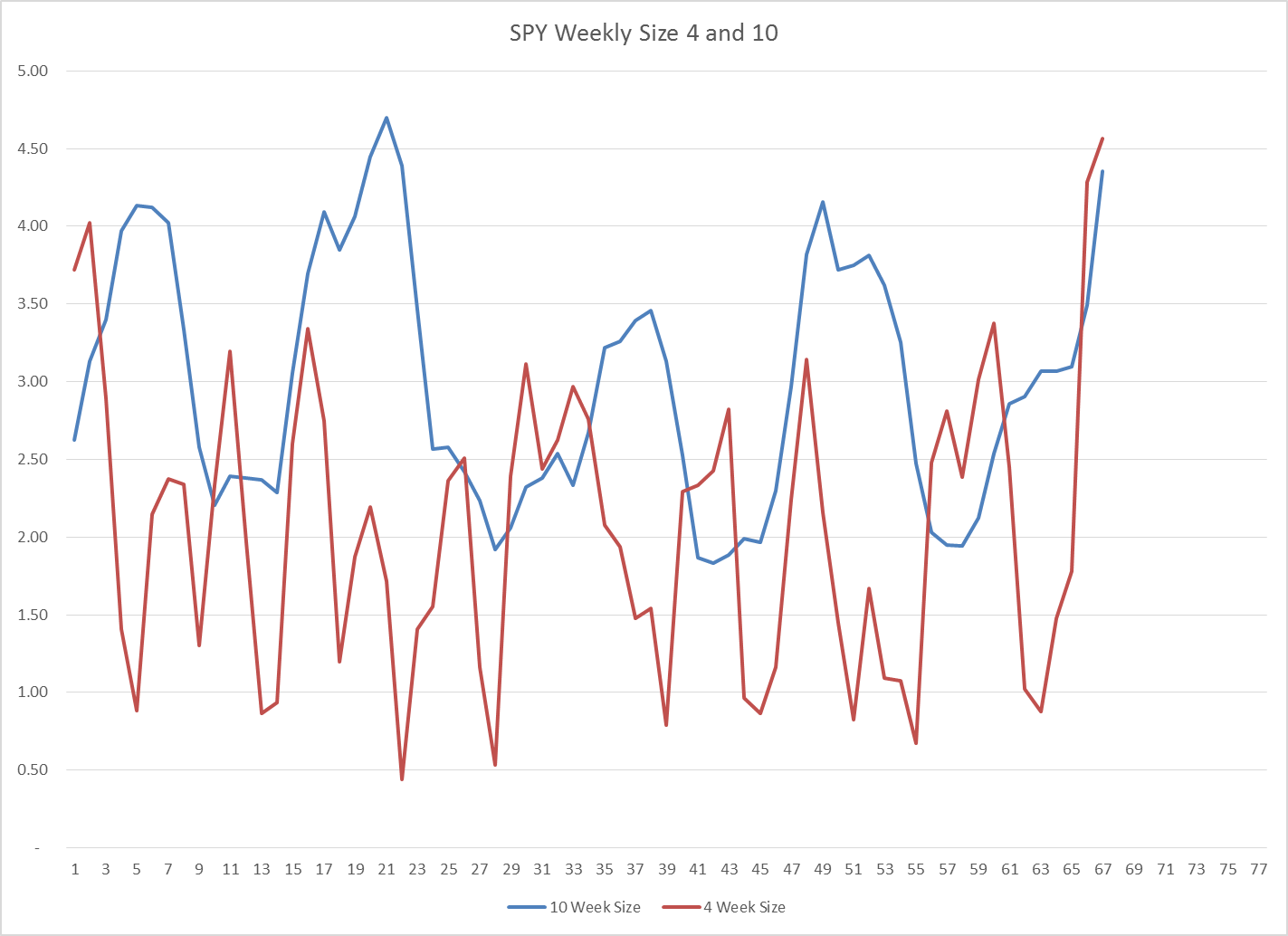 This chart illustrates Size based on both the 4 week and 10 week moving averages.  In simple terms, this shows me that Price continues to move away from the moving average Faster than the moving average is moving down.  As long as this persists, and increases, I've got to play this market to go down. 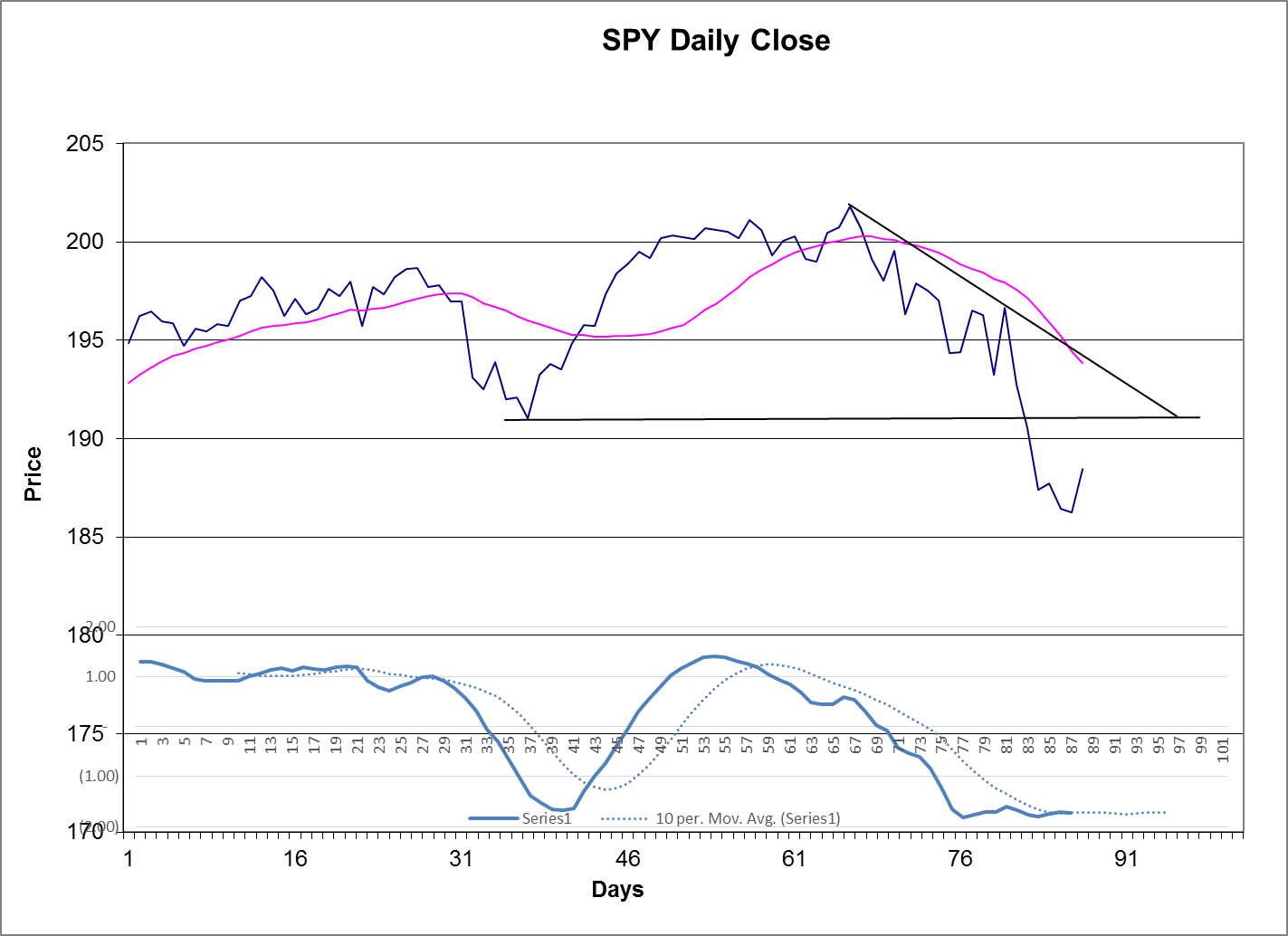 While the weekly data indicates that we can expect the down trend to continue, the daily chart shows that price is turning up.

We can see a few areas of resistance.  The first one would be the 191 level.  Should price manage to rally above this level, Serious resistance would appear at the 20-day moving average, currently at 193.83.  The moving average is moving down rapidly, currently at an average of 0.48 over the past 10 days.

During the week I began accumulating SPY December puts, anticipating a decline down to 170.  I will continue accumulating on any subsequent rallies, should they occur.