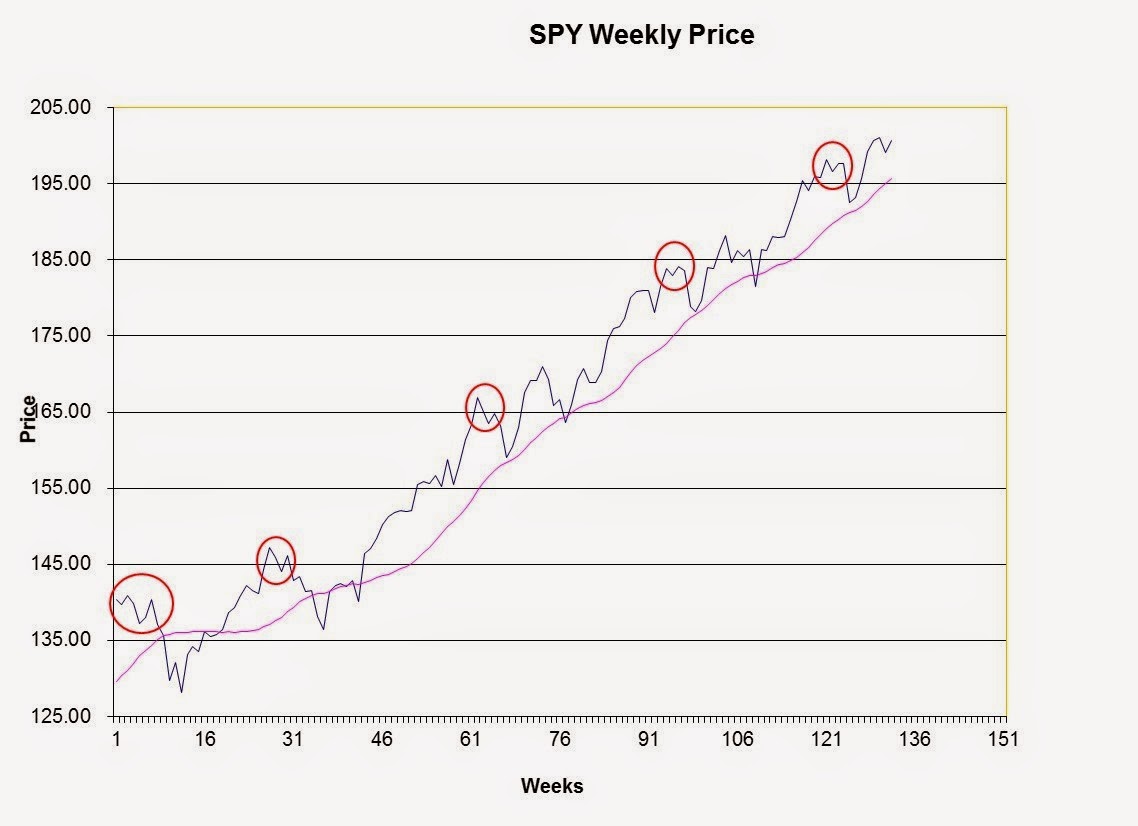 Yes, yes.  Major Markets surged to new highs this week before backing off on Friday.  SPY, the ETF proxy for the S&P 500 closed up to 200.70, still holding below its weekly closing high of 201.11, set two weeks ago.

As mentioned last week, I was anticipating a top to play out this coming Friday.  The concept I propose is nothing new if you look at closing prices and don't get caught up in all of the noise that happens throughout the day and week.  If you look at weekly close prices over the past two years, you can see a number of these "tests of the highs" play out prior to nearly all of the declines we experienced.

The last three week test of the high, that occurred starting with July 3rd's closing price of 198.20 and completing on July 25 failing with a Friday close of 197.72.  What followed was the last decent down move we've experienced in a while.  Usually, the moves are much more obvious such as the first three tops circled in the chart above.  Last time, the scenario was much as it is now.  The market topped, then dropped down but regained most of its loss during the subsequent week.  The third week bounced a little but was otherwise a very boring week.  Yet it was SIGNIFICANT!

The same could be happening now as all of the market fireworks exploded last week with Scotland's vote for independence, Alibaba's IPO and so forth.  Those of us who lived this past week know it was quite volatile with a lot of emotion for both Bulls and Bears.  But if you only have the above chart to look at, who could guess how explosive the week was? 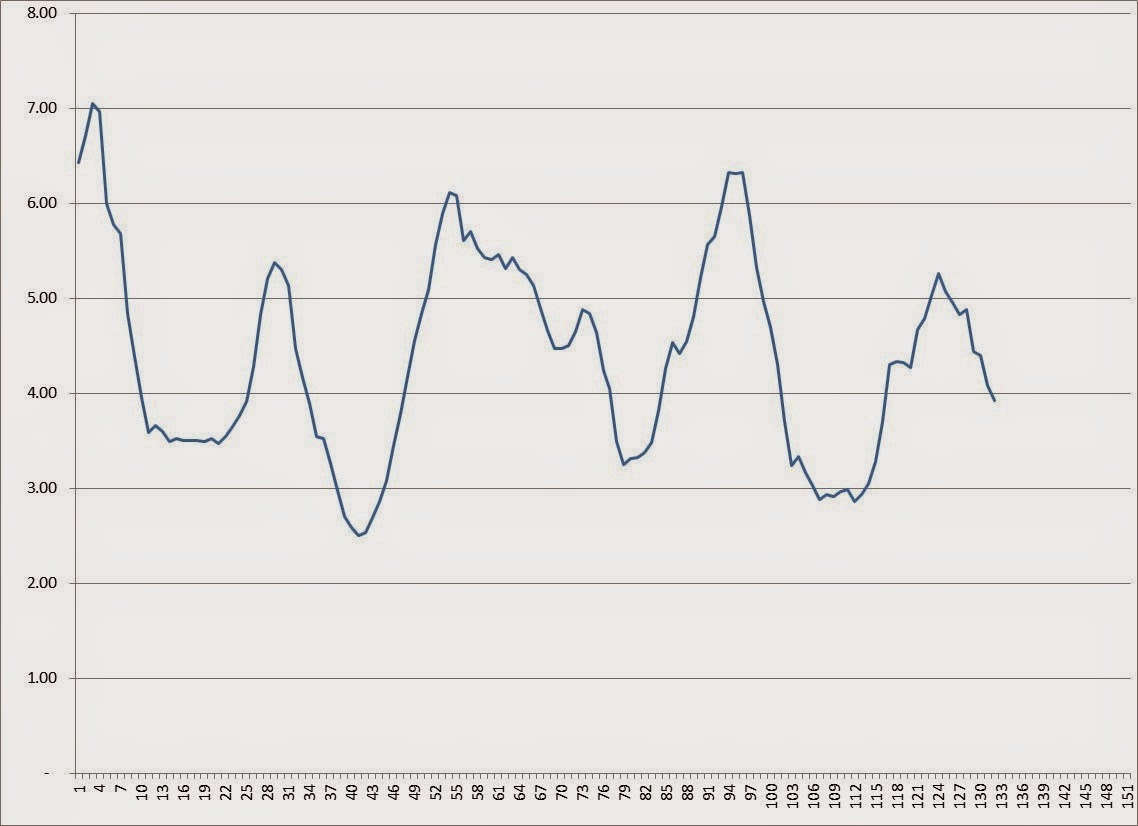 Yes, I was excited as well but when I look at my daily and weekly statistical data, I have such a hard time buying into the Bull scenario.  This chart illustrates SIZE.  It is the statistical 20 day standard deviation of the price data.  Most people observe it as the width of the Bollinger Bands.  This chart shows the size of 1 unit of standard deviation.  My rule is that when Size is going up, you go with the trend.  When Size reverses, usually one of two things will happen.  Either the price will then drift to the trend line and at that point, explode again in the primary direction.  OR, price could go express from one extreme, such as the top band of the Bollinger band, to the other extreme.

So with Size declining, price should either drift to the moving average, currently at 195.64 or go to oversold levels.

With this Size value declining on nearly every time frame I track, I can't take a bullish stance at this moment and believe that a bear stance is a better option.  This is only based on my projection of the potential three week test of the high.  I believe that from a time standpoint, the market should experience a cycle low at the end of October.

Out of respect to the powerful underlying currents that continually prop up the market, I did add some October calls to balance out my bear positions for October and January.  There have been a number of times when I saw this three week test of the high coming and price exploded through to make still more new highs.  While this could happen, decline Size measures tell me that the power just isn't there.