I suspected that the market could rally when reviewing volatility levels last night.  It appeared that the index could fall only about another 5 points to reach a statistical -2 level, the lower Bollinger band mark.

Sure enough, after opening lower, so briefly, the market surged without much of any bottom-testing. 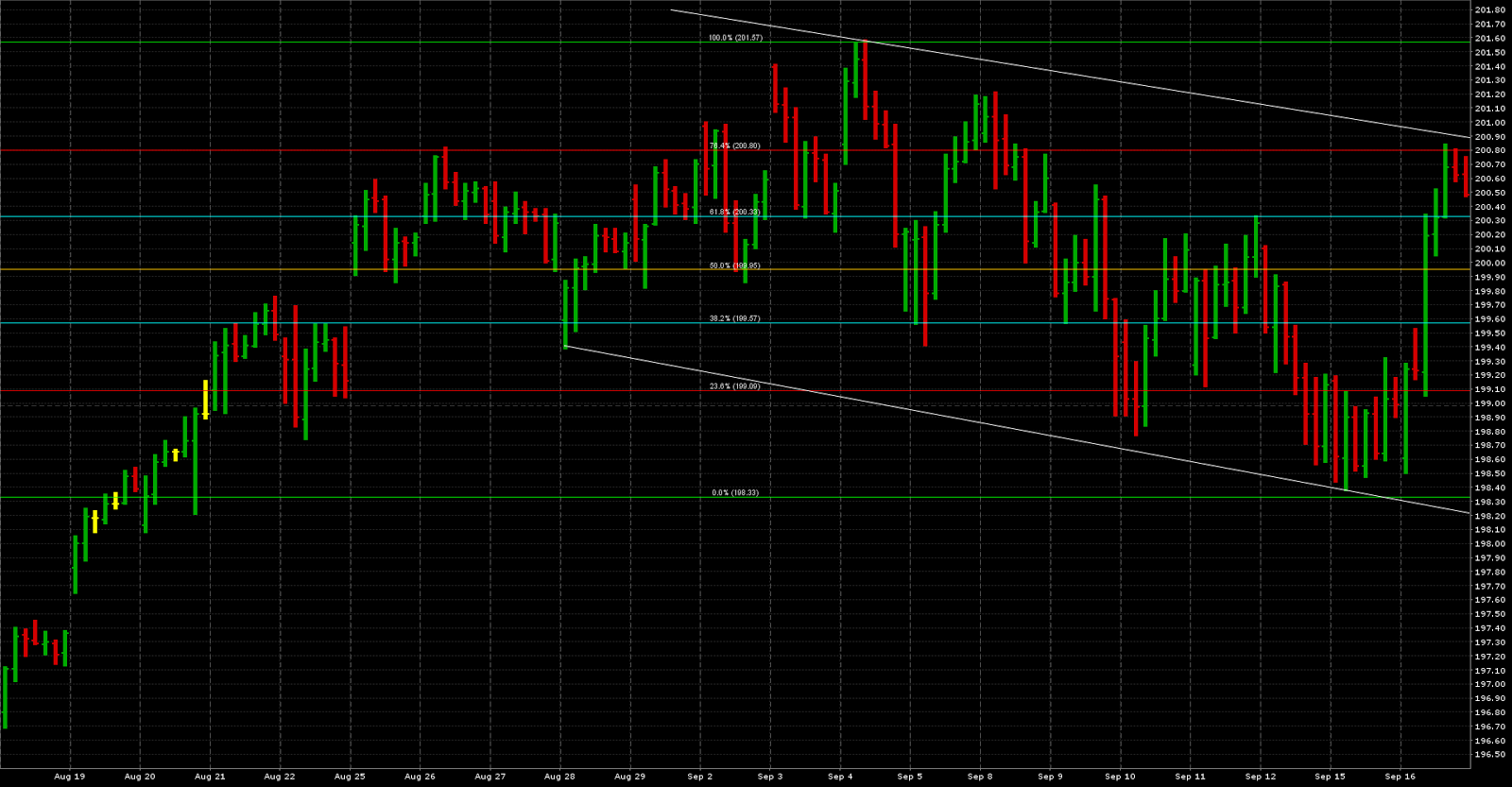 The hourly chart shows the rapid rise from the bottom of the channel to the potential channel top.  Prices (this is the SPY chart) retreated at the end.

While there is much enthusiasm that this could be the resumption of the previous uptrend, I ran a Fibonacci retracement line for this recent down move.  Although the up move was powerful, it still met resistance at a Fibonacci line.  Also looks as if it reached the top of a channel.

What else is important is that price did not exceed last week's high and prices also moved lower than last week's low.  So it could be just normal weekly volatility.

In all fairness to the bulls, the underlying market momentum over the long term continues to be strong.  This momentum could take a long time to slow down.  It can be done either by a huge move down, as happened a few times in recent years, or by a gradual, normal topping process and then some waves down. 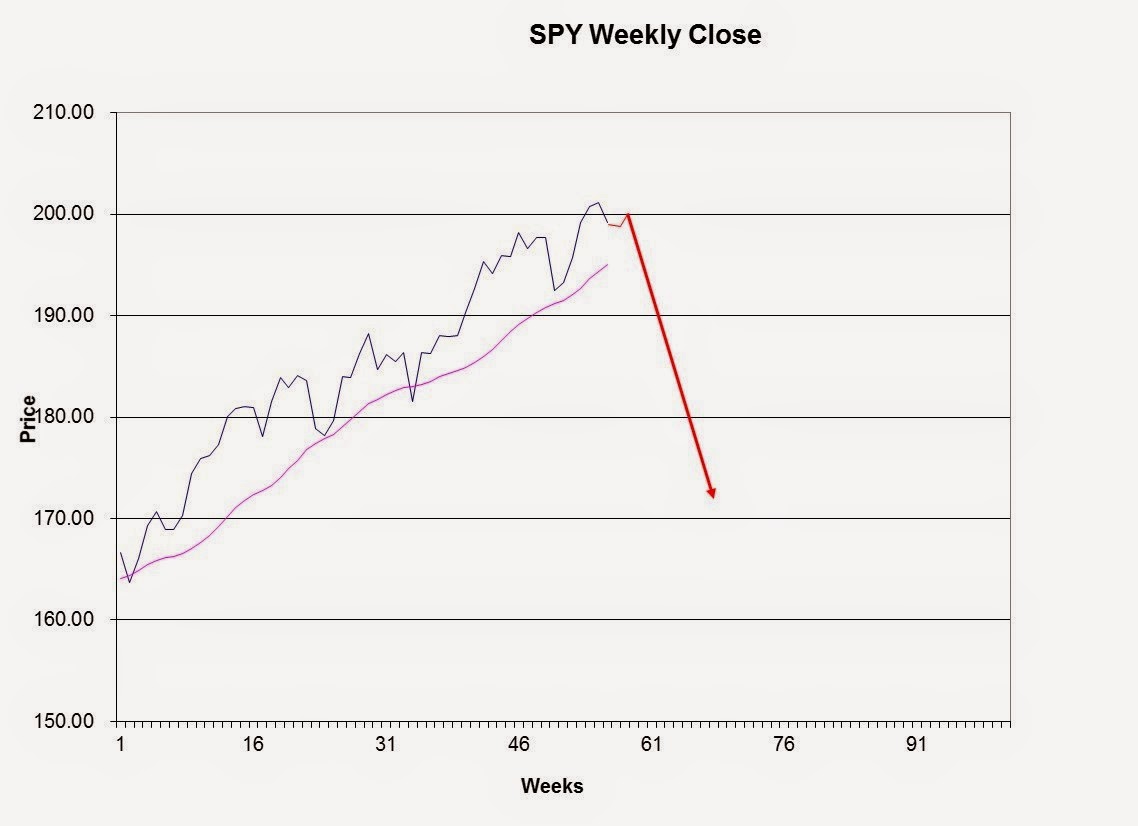 This chart is a weekly close chart of SPY.  For me, when we come off of a high (or low), I begin looking for a testing formation, usually occurring in three periods.

The chart displays the most recent weekly close high, occurring on September 5, at 201.11.  Last Friday, the market moved down to 199.13.  Even though we have rallied up to 200.48 today, I expect that this may have been the weekly high, that we will again move lower, perhaps making a new weekly low, and then coming back up at week's end to close more or less unchanged on the week.  Don't know if this is what will happen, but it is how I watch for my special set-ups that I like to trade.

Then, I expect the market to rally into Friday, Sep 26 and attempt to close above the 201.11 high.  Most of the time, as of late, we've had some pretty huge moves in this week to not only reach the previous high but to even exceed it.  It's often a great day trade for the Friday expiration, especially since this market has continued to be on fire.

But if we fail to make a new high, that constitutes my intermediate-term sell.  The moves based on weekly work often are large moves.

One thing for sure, with Fed announcement day tomorrow, we can expect plenty of volatility.  Of course, if the market takes out the highs, continuing with a rally, it's back to the drawing board for me.  Until this scenario fails (with a high above 201.11 on Friday), it's my master game plan.