Celebrating Policy Errors And Corruption With Bogus Milestones in The Recovery™

Or Why Is Unemployment Falling Along With the Labour Participation Rate? 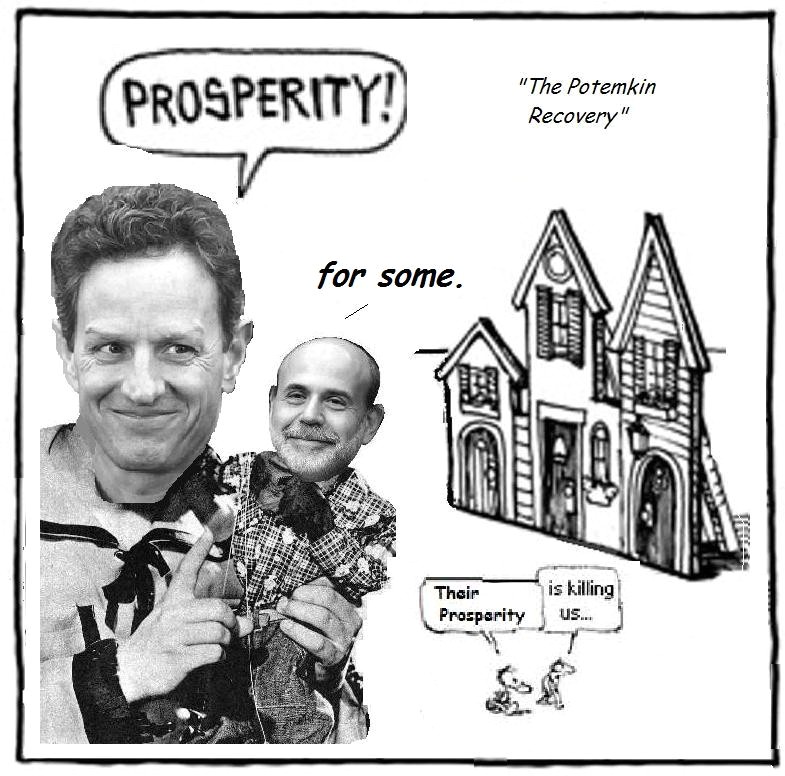 The pat answer from learned economists is that this is 'the new normal,' and 'structural.'    It is all part of an aging population gracefully moving into their comfortable retirement.   They say this even though people are working in great numbers into older age because they have little savings and pension security, and the real median income continues to stagnate.   And while corporations and the one percent reap rich profits and increases in income from the Fed's trickle down monetary stimulus.

So many odds things occurring.  We have a bear market in the price of gold, even while the physical supply of it is disappearing, and major benchmarks have been found to have been manipulated by the financial system.  Curiouser and curiouser.

The answer is that the government and their corporate partners are painting pictures of a recovery, and placing them along the highways and byways, in order to convince us that things are getting better.  In this Wonderland where nothing is real, perception is everything, and everything is its image.

This is why I first called this 'The Potemkin Economy' some time ago.

Ralph Dillon from Global Financial Data passed this along, and I thought this was interesting. The commentary is his.

This chart is amazing in many regards. First, the duration of consecutive weeks of unemployment has never been over the overall labor participation rate in 45 years of recorded statistics. Second, the parabolic increase in the duration of those unemployed is staggering starting in 2009. Third, we have never seen the two series in lock step as they currently are.

And finally, is the decline in how long someone is unemployed correlated to the drop in those who are actually employed? Shouldn’t the participation rate go up if the duration of those unemployed is improving? What will this chart look like in say 10 years?

I continue to be fascinated with employment in this country. It seems the importance of decade’s worth important economic statistics have been turned upside down. Further, they are being looked upon differently according to what message you are trying to send. 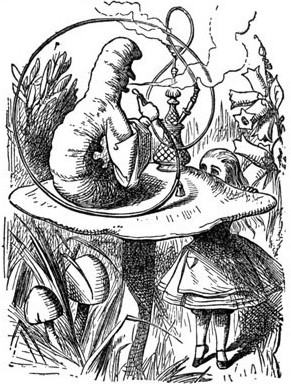 For example, the Federal Government has had a target of 6.5% unemployment. Four years ago this was considered a milestone of achievement for a broken economy. Yet yesterday, in testimony before congress, Fed Chair Janet Yellen, indicated that the unemployment target having been reached, is no longer a goal. It had been a goal since the unemployment rate reached its highs after the 2008 financial crisis.  If we reached that goal, then things must be going well, right?

Not if you look at this chart it doesn’t. The 45 year average of the duration of unemployment is 101 weeks. Today we are at 200 weeks! Since the crisis started, we have doubled the duration of time that those are unemployed stay unemployed. Not very good. But what about the improving economy we keep hearing about? More jobs right?

Wrong. The overall civilian labor force participation rate is at the lowest level in over 3 decades yet we are at 6.5% unemployment. What then are we going to set as our next goal?

If we keep setting goals that are meaningless then why are we setting them at all? If the economy is so good, then why are we continuing the Quantitative Easing program? Sure it’s been scaled back a bit, my inclination is that the easing is skewing the traditional statistics that we have been using to measure the economy for decades.

If something is truly broken, like the labor market, why not set out and fix it instead of making it worse and celebrating its bogus milestones that are truly failures. Who does Quantitative Easing help anyway. They say Main Street, but many feel Wall Street.

They say that facts and numbers do not lie. Only politicians do.


(and those who work in the service of power and the status quo, such as mainstream media pundits, academic and professional economists, and other Very Serious People of titles and great consequence. They like to use terms like 'the new normal' to prepare people for being economically abused and repressed until exhaustion and collapse. - Jesse.)

"Robbery, rape, and slaughter they falsely call empire; and where they create a desert, they call it peace."