Equity markets paid little attention to the Central Banker's pow wow in Jackson Hole this week and pushed ahead higher all week, with a slight decline showing up at week's end.  The mid-cap growth sector led the way with a 2.1% increase.  The Dow Industrials, as measured by DIA, also rose 2.1% while SPY, an ETF proxy for the SP500 rose 1.8%.  Taiwan (EWT) rose the most in my ETF universe, rising 2.4% to increase it's year's advance to more than 13% thus far.  Thailand (THD) still tops my list for the year, having risen 20% thus far. 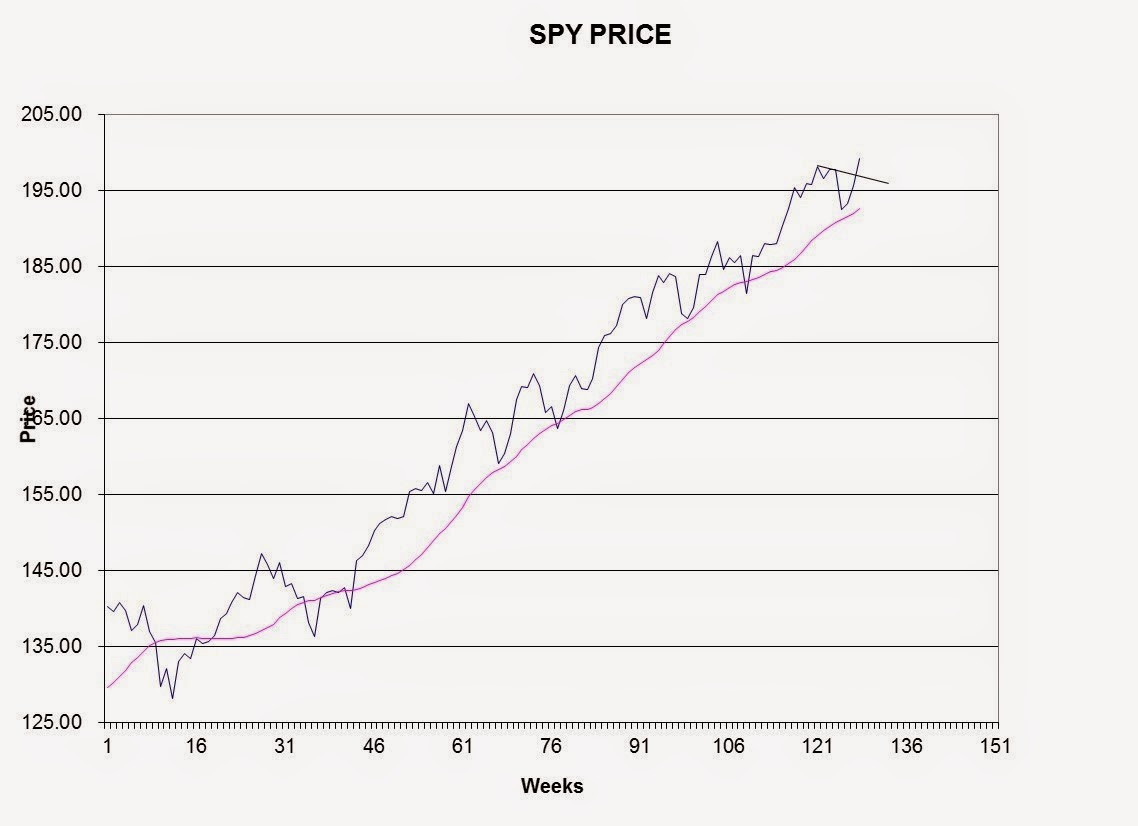 Viewing the price action on SPY on the weekly chart, we can see that it totally blew through resistance and appears positioned to power higher.  One would normally expect some sort of test of the resistance level before continuing higher.  I estimate that 197 would be the support level.

A weekly close at 197 though would raise a red flag on my momentum indicator.  And that is the question that I have about the current market is that despite the rapid advance to the highs, my momentum indicators both on the daily and weekly levels are not powering forward.

This daily chart might express this best.  One can see that the 20 day moving average has flat-lined here and as volatility diminishes, I would expect SPY to trade within the 200 to 190 range for some time. 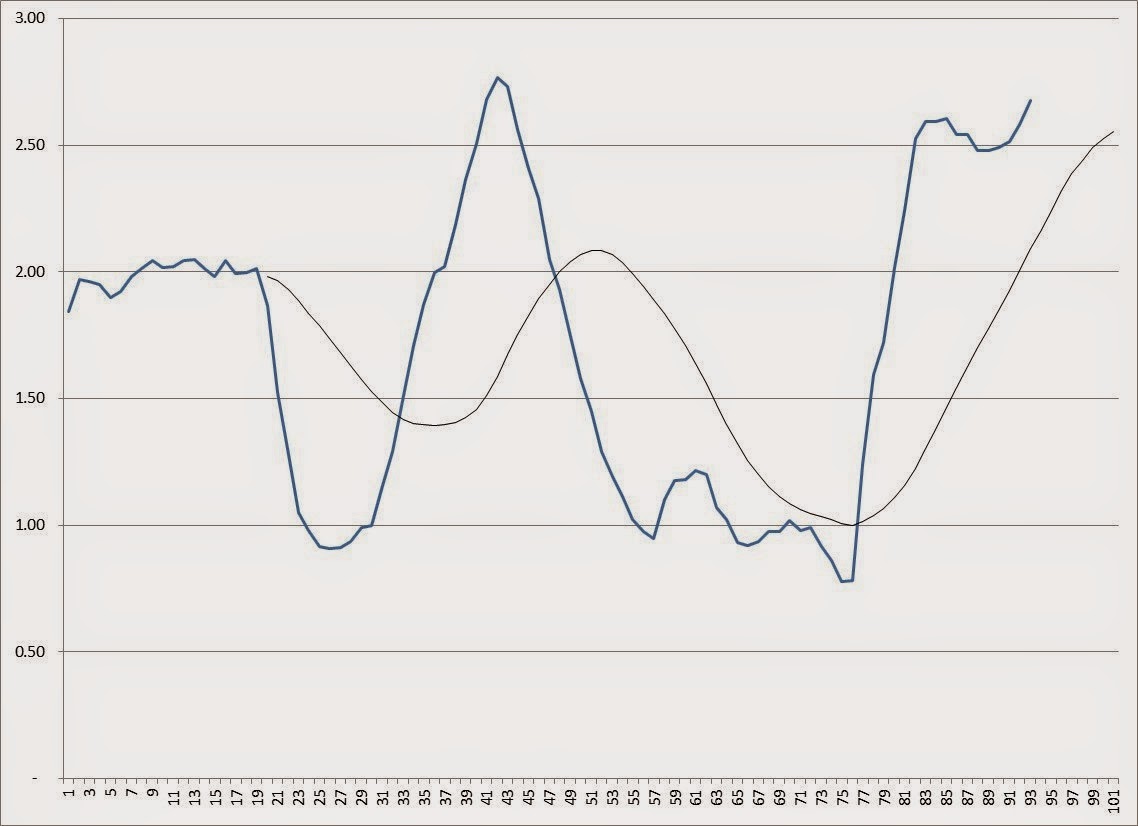 Daily momentum continues to advance, albeit rather slightly, and is close to the last volatility spike that occurred in early June.  The last volatility reversal resulted in the lengthly drifting period that lasted until the recent sell off three weeks ago.
SIGNALS I WILL BE WATCHING FOR
1.  Reversal in volatility.  Should the market begin to drift, I will be selling call credit spreads above the market.
2.  Three-day-test-of-the-high.  Often works as a good sell signal on any time frame:  hourly, daily, weekly, monthly.   This test should occur on Tuesday.
Elliott Wave bloggers I have been reading are looking for some kind of short term selloff, that they will label wave 4.  With the short term momentum still rising though, we could just as easily see a resumption of the up move on Monday as traders try to push the SP index above 2000 and the Dow Jones Industrials to record high.
If nothing else, the trading week should be entertaining and exciting.
Don't forget the many downside triggers that the market has not reacted to.  Ukraine, ISIS, Ferguson MO, Ebola, Janet Yellen, world de-dollarization, etc.  If you are still in a bull mode, it doesn't hurt to buy a little put insurance just to be safe.  For those of us who have been around long enough, we could quickly see a sudden move from the top of the Bollinger Band at 200 (SPY) back down to 190, just like that.
Labels: SP 500, SP 500. Elliott Wave analysis, Stock Market