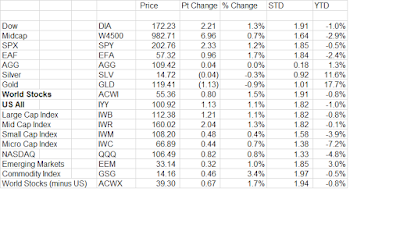 Stocks continued advancing this week with SPY rallying above 202.  There has been little to add to my previous commentaries as it appeared that the next two price objectives would be closing the gap that is seen between the 202 and 204 price points.

The gap appears at the start of the down move, at the beginning of 2016.

Could be that once that gap fills, the market might begin retracing the recent up move. 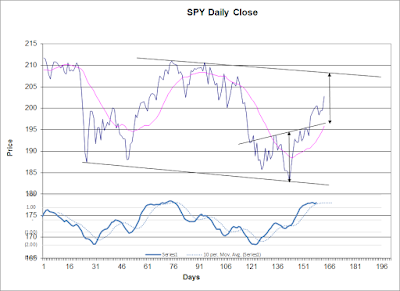 The next price level would be seen at 207.  That would provide major resistance as the daily close price channel appears to be well defined with the upper limit confined at the 207 level.
Labels: Asset Design Center, Gary Lewis, market resistance, SPX, SPY, Stock market analysis