Some SPY Views to Consider

The market was all over the place today but after being down significantly, SPY closed at 186.43, down just 1.27.  The final results can't describe the intense volatility that took place today.

Some feel that the rise from 181.92 to the close at 186.43 indicates that a bottom might have been found and that the bulls are starting to take control.  This may be true and I also "nibbled" on some November calls this afternoon as it appeared that the market had made its final low.  But I'm not sure.

THREE DAY TEST OF THE LOW

Although a new low in price was made today, the Standard Deviation, a measurement that the price is away from the moving average, might be making such a pattern. 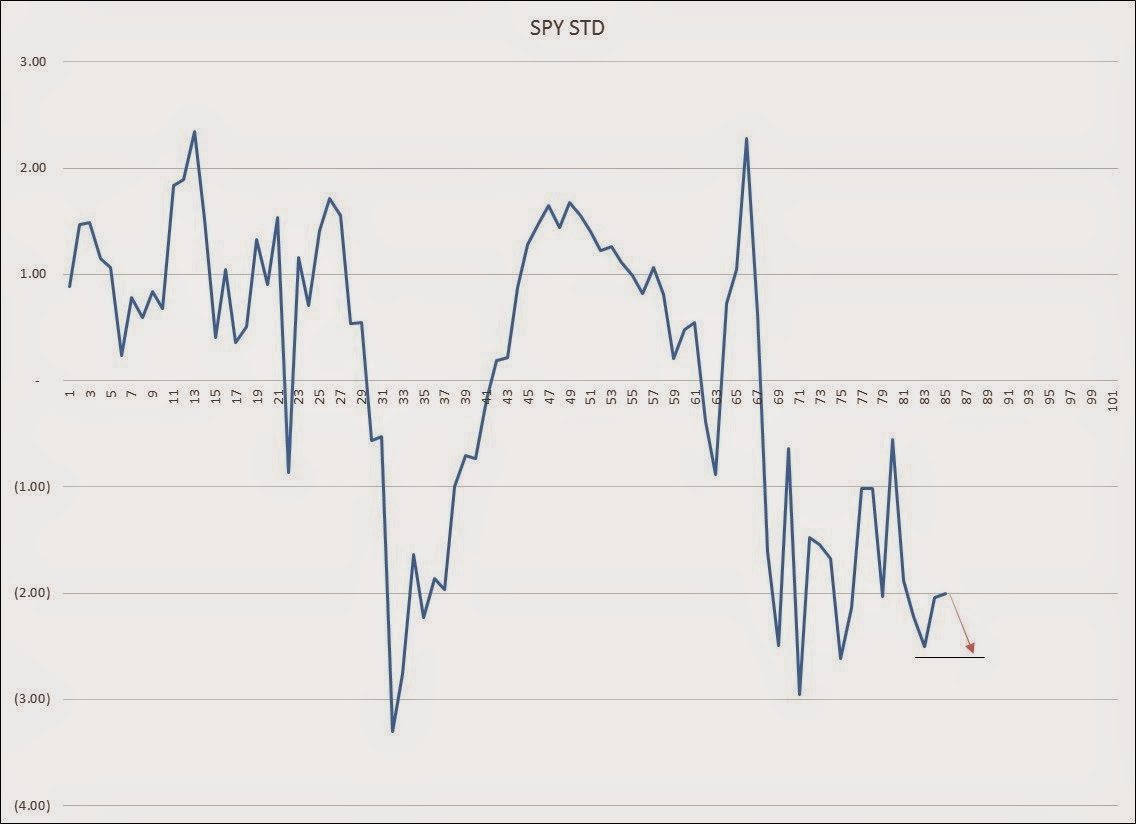 Here is a chart of the standard deviation with to possible test of the low drawn in.  Like most of the charts that I look at, when I see a support hold, a rebound usually follows.  I don't expect this to be any different. 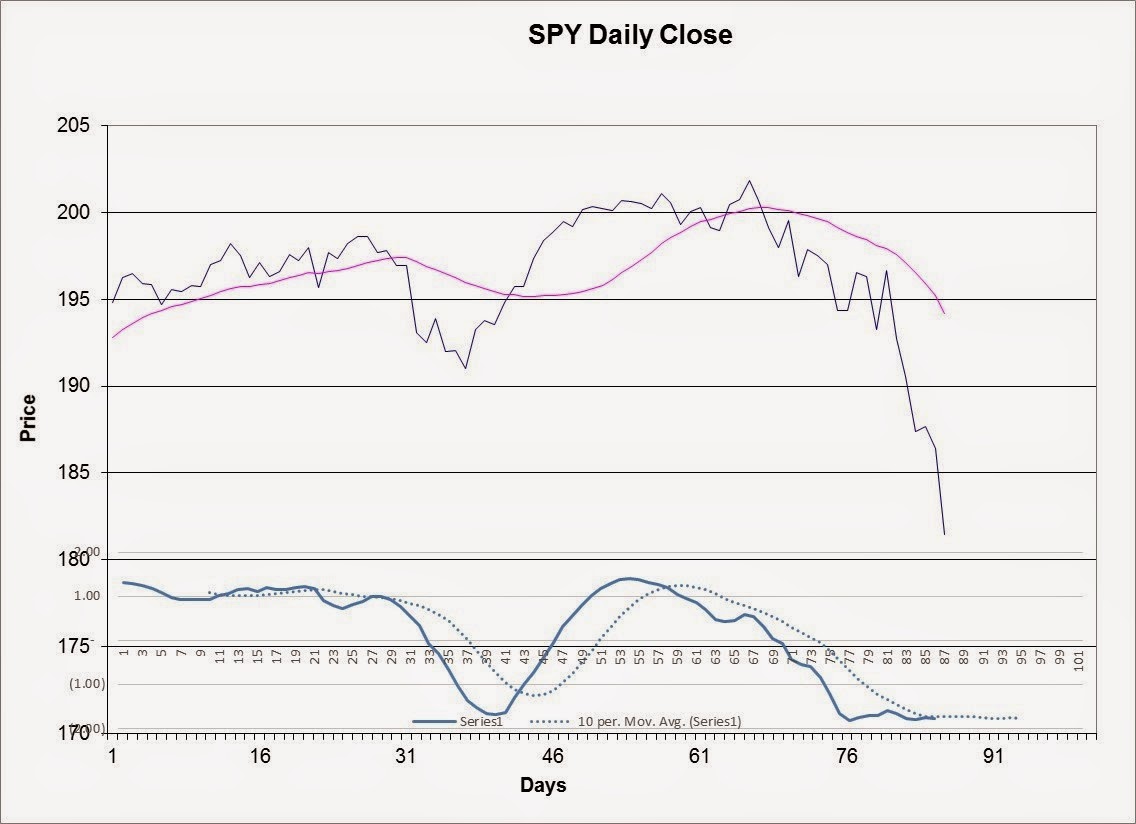 Ugly!  But that is what it looked like inter-day today so the market would not be too shocked to see it again.

Some other views I've been looking at.  Comments welcome. 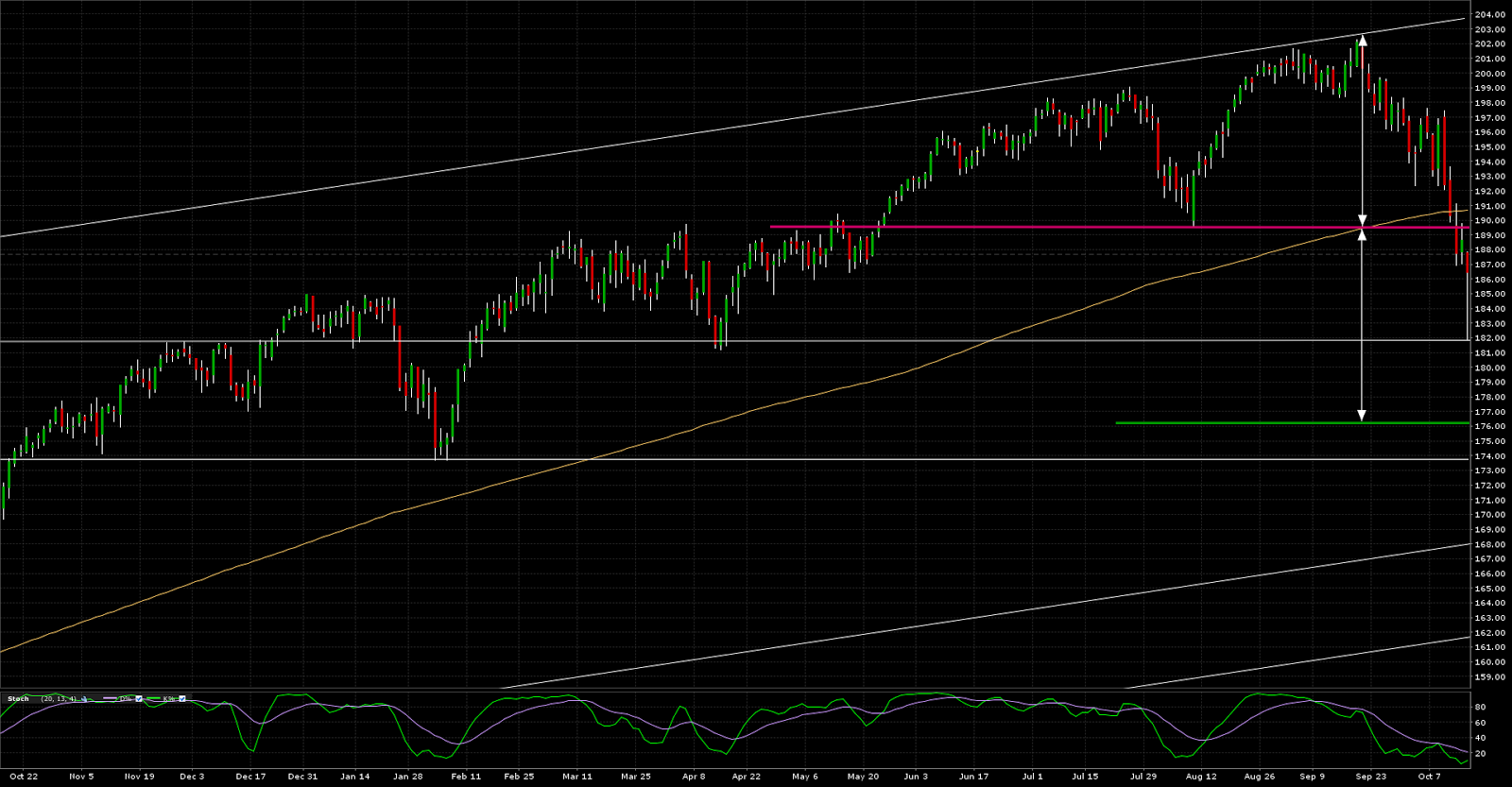 I had been looking for a head and shoulders setup and here is that view.  As we have already broken through the neck line, not sure if this is still something to be considered.

But I had been looking at a head and shoulders with a declining neck line. 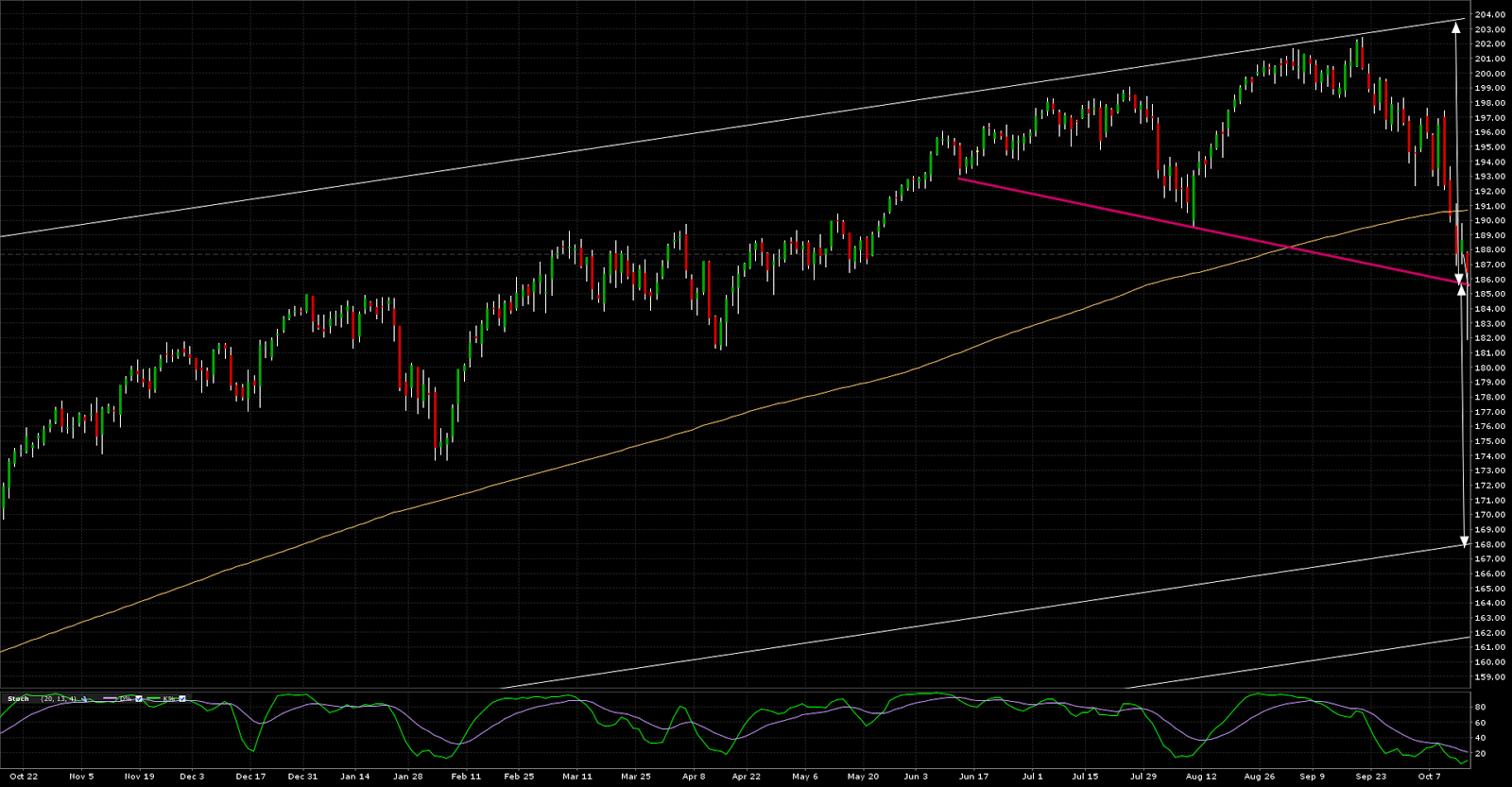 Well, looking at it, while I was looking at it from a head and shoulders standpoint, it could also be labeled a broadening top, wedge or a reverse symmetrical triangle.

According to this site, price would be expected to again go to a high to complete the formation.

One thing though, price broke through the support level but rallied back but may currently be failing to break above resistance.

Whatever happens, we can see channel lines below and I suspect that sooner, rather than later, we are going to test these lower levels.