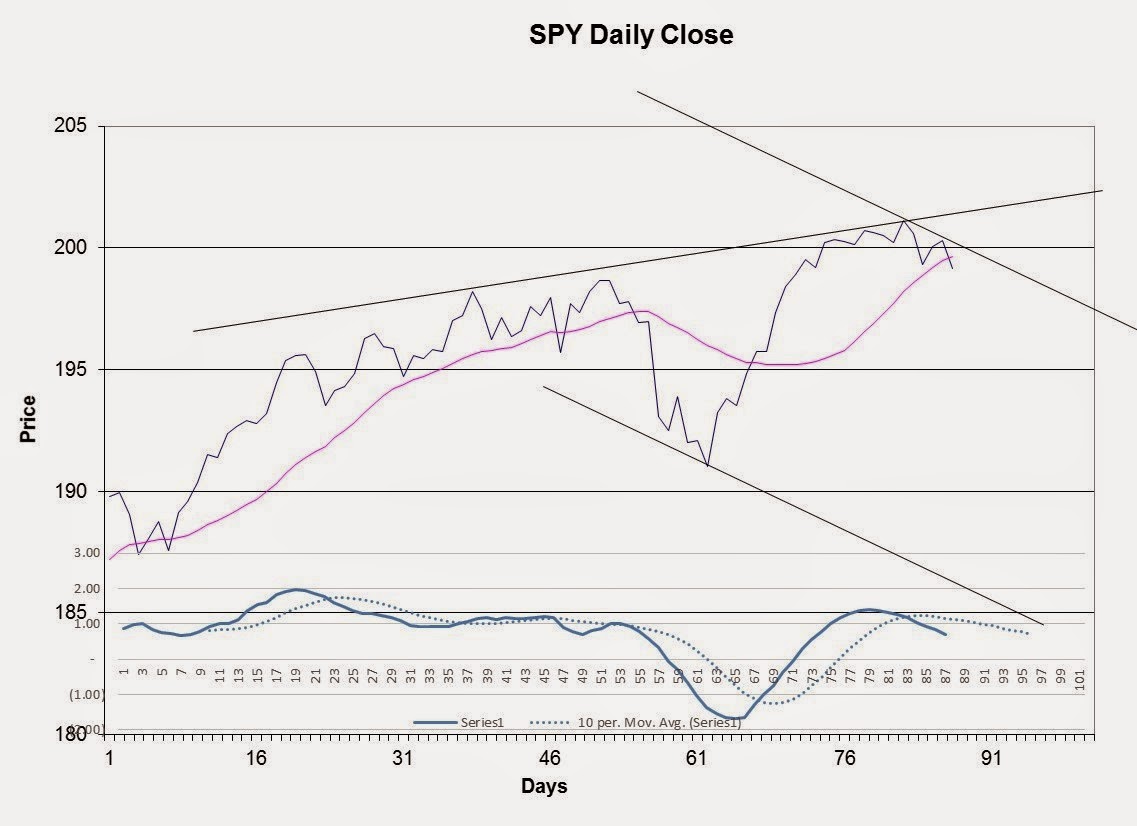 As mentioned in Thursday's report, had SPY closed at 199.32, Tuesday's closing price, a short-term bottom might have been formed and prices could have been expected to rebound.  That did not happen.  While prices did rebound, they never quite made it even close to that level. 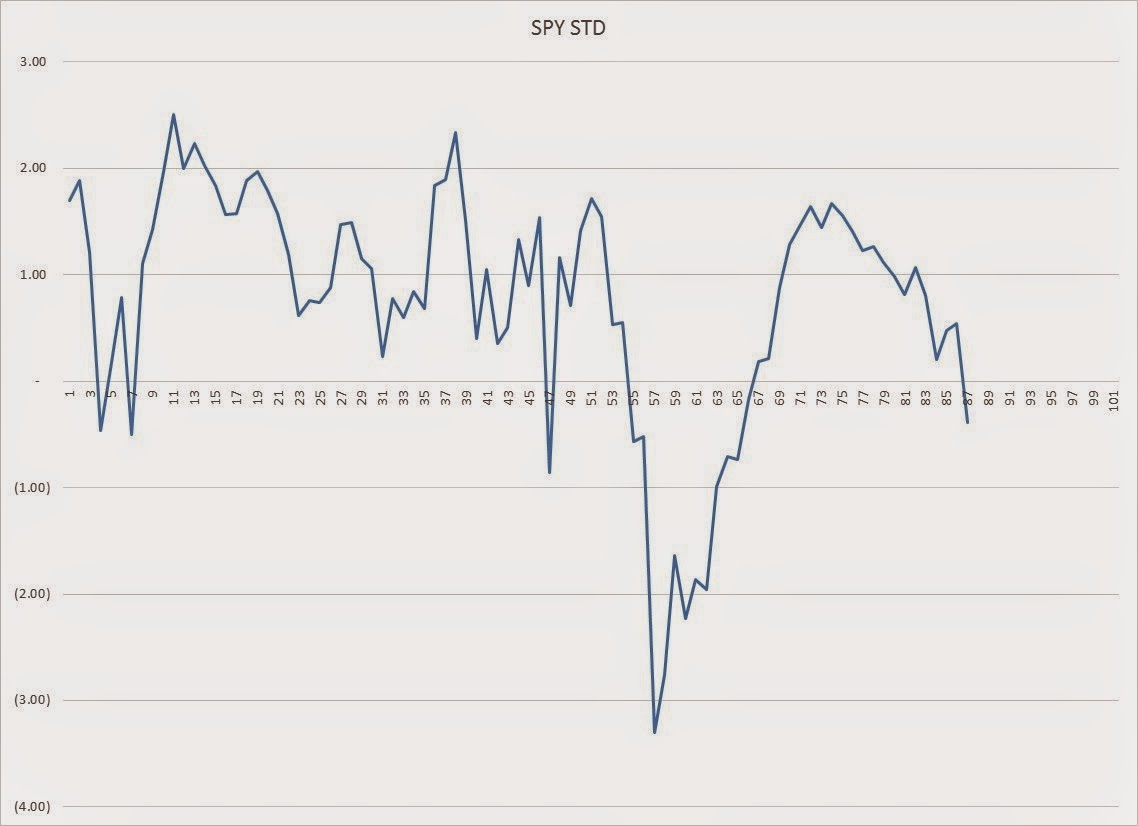 I expect prices to continue lower, at least for this next week.  Should that occur, I would expect a rally in the week after as the market could strive to make a three-week test of the high.

But as we view the Standard Deviation chart, it appears that it is falling at a good rate.  Derivative measurements of this decline show that STD should continue to fall even further.

Viewing a broader picture of Standard Deviation, we might see how the market cycles time out.

Cycles occur roughly every 13 weeks, give or take.  The next cycle low is expected to occur on October 31.
Labels: cycle analysis, SP 500, Stock market analysis